The industrial heart of Bradford on Avon 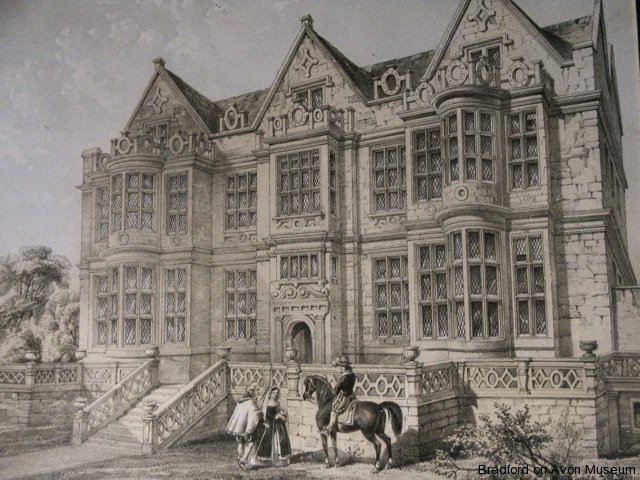 The Development of The Hall

The land has a long history of industry and innovation, with mention of occupation in the form of mills and farmland in the Doomsday Book of 1086. Owned by the Hall family, a manor house was built on the land in the 1500s, which would have looked similar in style to the neighboring Great Chalfield Manor. In 1610-20, the Hall family undertook extensive remodeling of the existing building, using timbers and stonework from the original Manor to form the Jacobean Hall we see here today. In 1663 the Hall estate passed to Rachel Baynton of Little Chalfield, Wiltshire. She married William Pierrepont (Earl Manvers), the son and heir of the first Duke of Kingston, and so The Hall was known as Kingston House.

After Rachel’s death in 1722, her son Evelyn became the second Duke of Kingston. Evelyn married Elizabeth Chudleigh (the notorious ‘Duchess of Kingston’), whom later inherited the property. Elizabeth spent little time at Kingston House, and in the late 18th century it was used as a farmhouse.

In 1805 the house was bought by Thomas Divett. He replaced the old flour mill in the grounds with a cloth mill and used the magnificent house itself as an office, lodgings for workers and a warehouse to store wool. In the early 19th century the demand for woollen cloth reduced and, with the failure of a local bank, led to Kingston House falling into a state of disrepair. In 1848 the 8-acre estate was bought by Stephen Moulton, whom promptly reinstated it as ‘The Hall’.

Stephen Moulton and the Rubber Industry

Stephen Moulton was an Englishman who set up as a broker in New York in the 1820s. During this time he became acquainted with Charles Goodyear, a self-declared inventor who had become fascinated by the potential uses of rubber if only it could be made durable – “there is no other inert material that so excites the mind.” Goodyear struggled with this problem for years before making the vital discovery of Vulcanisation; the transformation of rubber into a reliable and durable material by compounding it with sulphur and curing it with heat and pressure.

Seeking markets for his new ‘vegetable leather’, Goodyear entrusted his friend Moulton with samples of the material and asked him to visit the established rubber manufacturers in England to rally interest in the new Vulcanisation process. One of these was Thomas Hancock, who had spent many years attempting the feat that Goodyear had achieved. Hancock was amazed to see this new durable rubber and urged Moulton to return to America to ask Goodyear to patent his invention. Moulton did so, and Hancock returned to his workshop – his mind focused having held the proof of Goodyear’s experiments in his own hands. Through lack of money Goodyear was slow to patent his discovery, and Thomas Hancock beat him to the Patent Office by seven weeks. The legal wrangles that followed would go on for a decade. 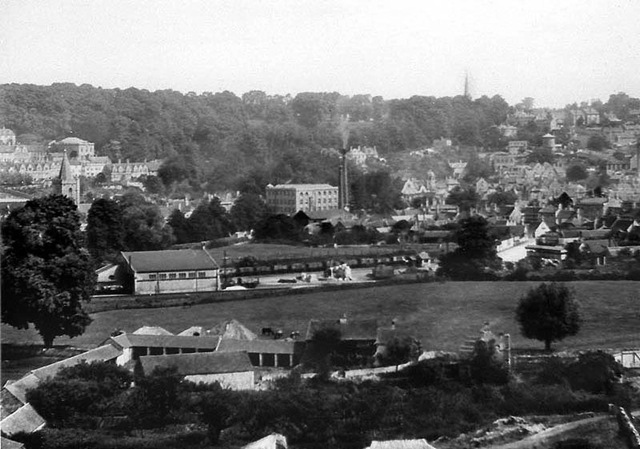 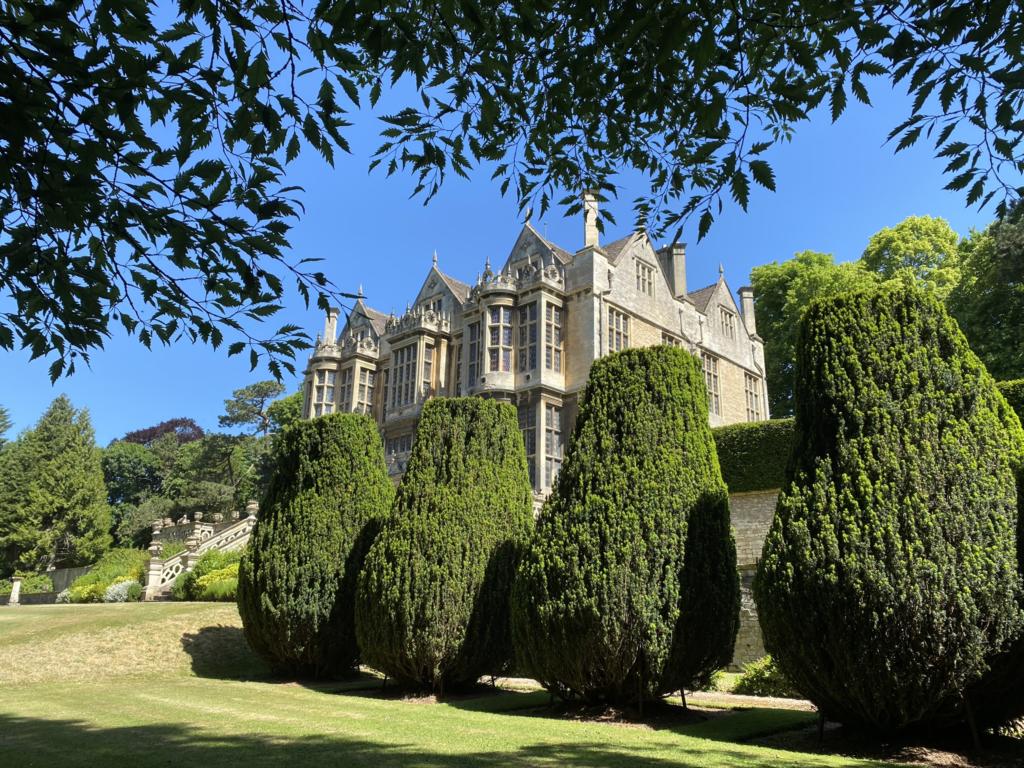 By this time Stephen Moulton had become interested in rubber manufacture himself, and decided to return to England permanently and set up in business. He developed his own rubber Vulcanisation process and his friend Captain Palairet of Woolley Grange persuaded him to establish his factory in Bradford on Avon. The town offered everything he was looking for – redundant woolen mills, a skilled (and unemployed) workforce used to factory conditions, good transport links and a grand house. Moulton bought The Hall, the Kingston Mill and eight acres of land in 1848. He carried out extensive restoration to the stonework and windows on the front of the house in the mid 1800s, and his sons Horatio and John both undertook significant work in the grounds to develop the stable block, terraces, Rock garden and Dutch garden.

The Moulton Rubber Company produced a wide range of rubber products, starting with items of clothing including coats, ponchos and overalls. Later would come large orders for waterproof capes for the British Army fighting the Crimean War. From the 1850s onwards Moulton manufactured many items for the growing railway industry, including bearing and buffer springs made to George Spencer’s innovative designs.

In 1891, after Stephen’s death, the Moulton Rubber Company merged with George Spencer & Co. to form the George Spencer, Moulton Company. Spencer Moulton were the pre-eminent manufacturers of rubber ‘mechanicals’ for railway companies all over the world. In 1956 Spencer Moulton was absorbed in the Avon India Rubber Company; manufacture in Bradford on Avon continued until 1995.

Well-known for his pioneering engineering achievements, Dr. Alex Moulton called The Hall his home, living and working within the Grade I building and Grade II and II* listed grounds.

During WW2 his studies at Cambridge were put on hold and he was commissioned to work at the Bristol Aeroplane Company, helping to develop the famous Centaurus engine. Dr. Moulton brought a host of innovations to the automotive world with his ground-breaking rubber suspension systems, which were used in iconic vehicles such as the original Mini, and developed the iconic small-wheeled Moulton bicycle, which is still produced on the estate today. An industrious and focused man, Dr. Moulton continued working until his death in 2012.

To find out more about The Hall, Dr. Alex Moulton, or the Charitable Trust and to see our Events Calendar or book a tour, please visit The Hall website. 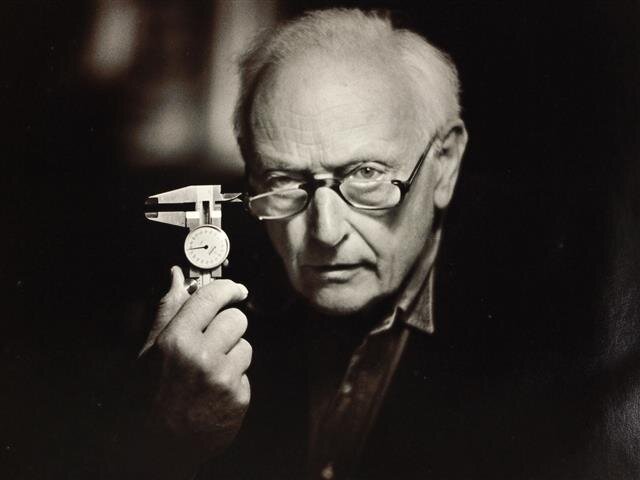